The valley has produced some of the world’s largest and most successful tech companies of our generation, and our mission in this first episode of our discovery trip was to understand what was so unique about the place that made it so successful. What separates this place from the other tech hubs of the world? Were there just some really smart people there? Was there a lot of money indiscriminately being poured into startups? Do people there have a unique desire to succeed? Or was it just California dreaming?

Apple was our first stop in the valley. We dropped by to see Joel Podolny at the Apple University, who took us through a thought-provoking journey that allowed us to explore Apple’s DNA. Apple is not about developing the latest technology, nor is it about pursuing the latest innovation and being first-to-market. Apple is about liberal arts as much as it is about tech. How does a product make you feel when you touch it? How does the product feel in your hands? Does it surprise you when you open the box? Does it make your life simpler? Product design starts and ends with the customer; it’s about the emotion before technology. Joel’s talk was a masterclass in how Apple approaches design, and made apparent the company’s implicit promise to consumers; to operate at the intersection of technology and liberal arts. 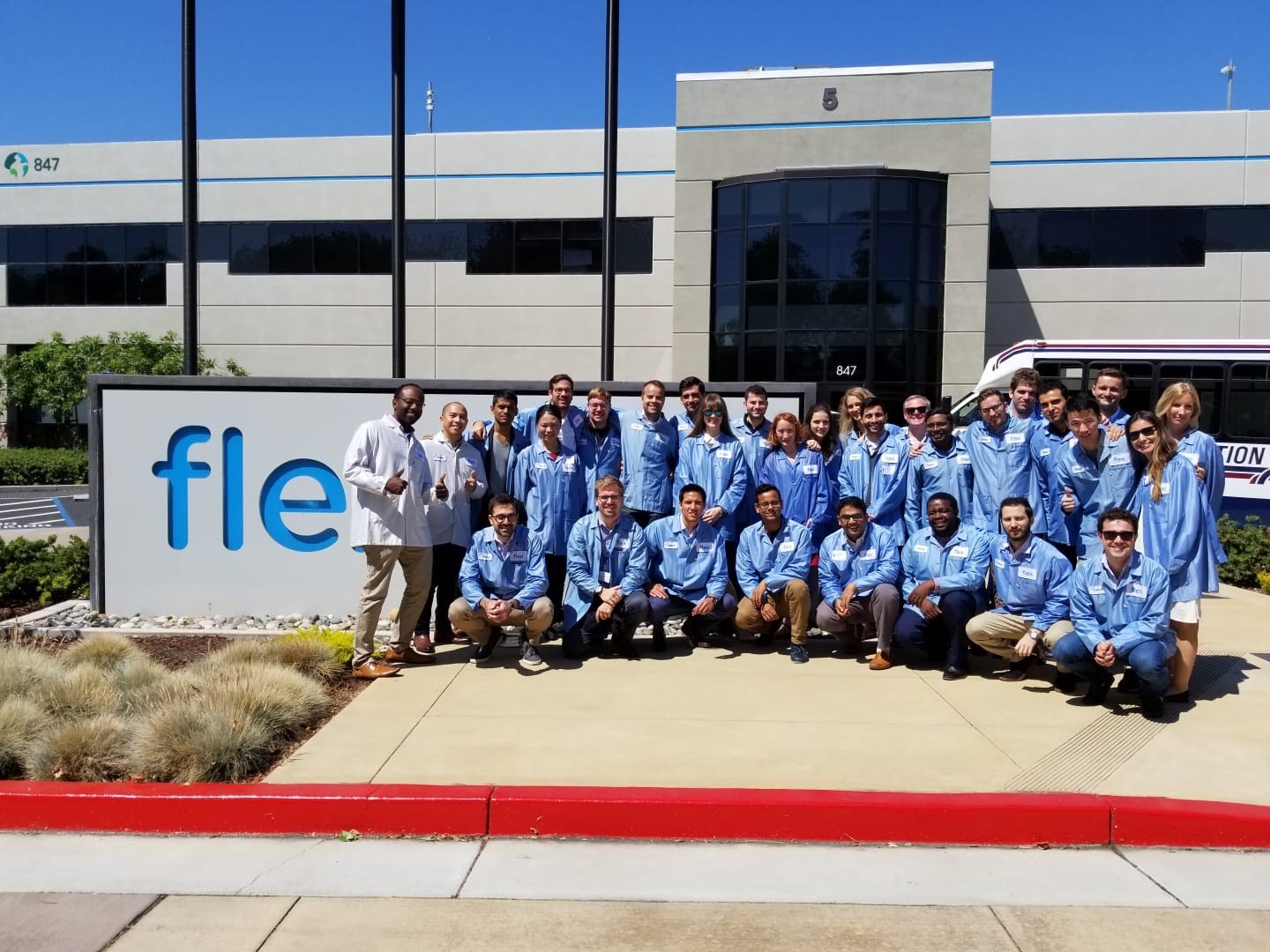 Waymo is one company at the forefront of autonomous driving, breaking barriers and defining what is possible in the imminent driverless revolution. We sat down with Saswat Panigrahi, one of IMD’s own alumni in the valley, who took us through Waymo’s humble beginnings as a small Google X company. Waymo started its mission to driverless by building its own cars, because none of the big auto companies believed in the dream enough to partner up with the company. Some years later, most of the big auto companies are flocking to self-driving technologies, and Waymo Chrysler Pacificas can be seen zipping around Mountain View piling up hours after hours of successful driverless trips. The company is shaping the future of driverless as I write this, and that’s pretty cool.

One of the most anticipated parts of our trip was the visit to the Tesla factory. Here is a company that has a very clear mission; to accelerate the advent of sustainable transport by bringing mass market electric carts to the market ASAP. We went on a tour of the company’s production facility at Freemont California, navigating part of the enormous 5.3 million square feet facility on a Disneyland-like train with frequent stops at the factory’s most impressive parts that make it obvious why Tesla was so special. But the most important realization was how Tesla became what it is today. This is a company that challenged every aspect of the auto industry’s status quo. It bulldozed through an industry loaded with entry barriers and put all the other auto players on notice. 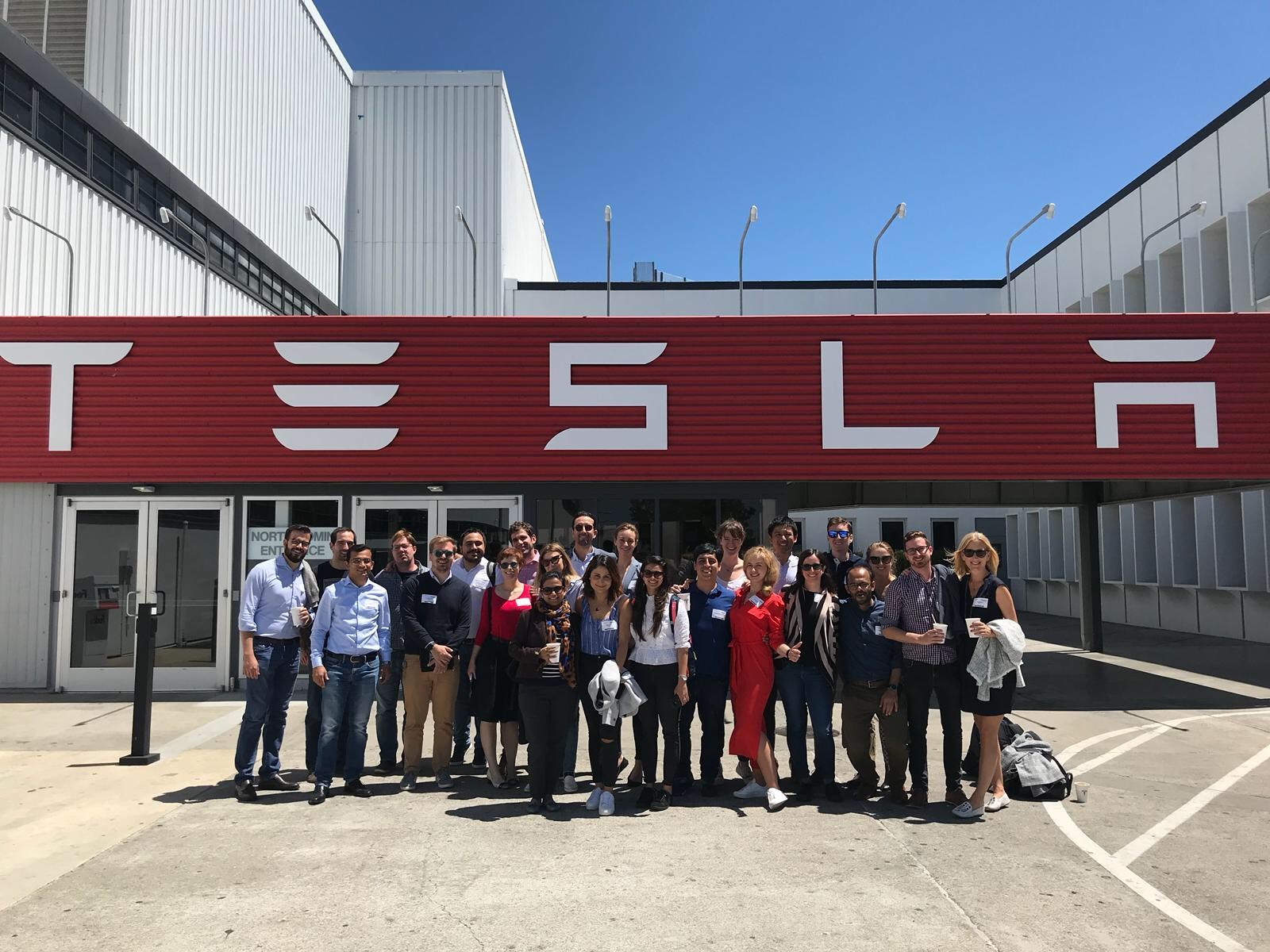 Our next stop was Logitech. Here was a legacy computer peripheral company that faced declining growth and profitability issues starting 2008. Through the lens of its current CEO Bracken Darrell, we were taken through an incredible story of how the company increased its valuation 7 times in the span of 5 years by focusing their portfolio, developing an in-house design team and embracing the cloud movement. Today, Logitech has evolved into a company that provides hardware for anything cloud connected, be it gaming, virtual meetings, etc. With its renewed focus, the company is well-poised for sustaining its turnaround.

Digital Most viewed
FT Cyber Resilience Summit Takeaways
By IMD-MBA-Blog - 3 October 2022
MBA students share their impressions from the Financial Times Cyber Resilience Summit in Lausanne
Digital
GOING DIGITAL: BIG DECISIONS, BIG DATA
By Doyin Omidiran - 1 July 2022
IMD MBAs were led on a week-long deep dive into data analytics and data science while competing with other classmates for exciting prizes!
Digital
Digital Analytics Lab Week
By Eseosa Asemota - 29 June 2021
Digital Analytics Week steams on! MBAs get their hands dirty with Python and analyze Big Data in an intense competition.
Digital Global
Business insights during unprecedented times
By IMD-MBA-Blog - 16 October 2020
An ICP focused on digital strategy, a diverse team using business learnings and insights from this year, a goal to help a company leverage technology for growth.
Digital Most viewed
IMD Digital Week Wrap Up
By Kevin Yang - 3 July 2020
The MBA Digital Analytics week draws to an end with everyone more at ease with the realities of AI, Machine Learning and Big Data.
Digital
Digital Analytics Lab Kick-off
By Lingman Peng - 1 July 2020
Reflections on the start of the MBA Digital Analytics Week, with Python, Big Data and AI on the menu. Which team will win the competition?
1 / 6