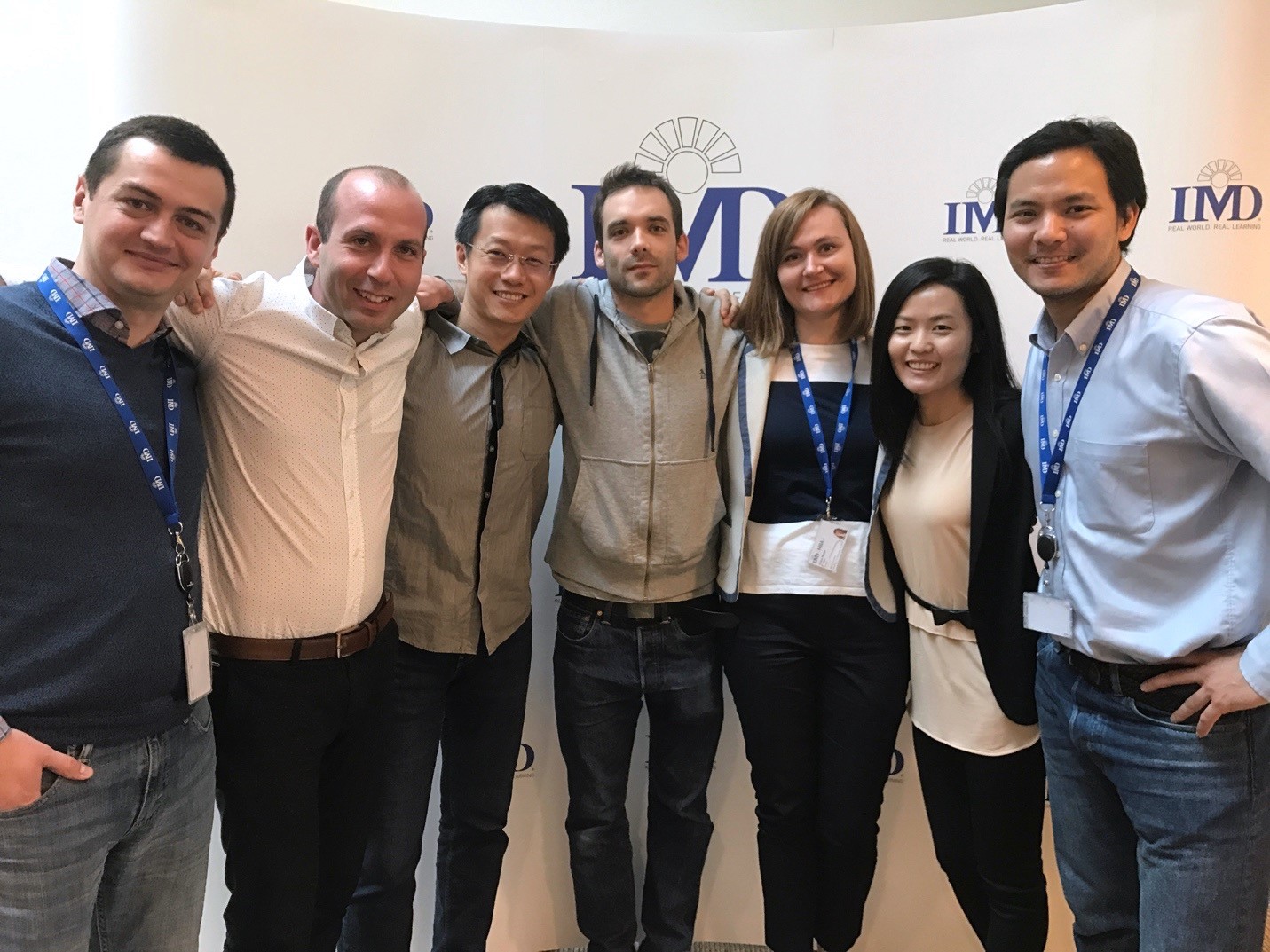 What does it take to convince some of us to spend the largest part of our waking life and endless sleepless hours on an idea or project? The answer is as simple as it is philosophical. It is an inner force and the conviction that we are about to make a dent in space-time or at the very least provide a significant contribution to a yet unsolved problem. What does a person look like that is under this spell? Quite normal, to be honest, and a bit restless.

Nothing hinted at his almost obsessive inner worlds when we first met Marc Spaltenstein, CEO of SteriLux. He was a sharp-minded, soft-spoken and rather serious young entrepreneur, who together with two other life science and engineering students from EPFL, Lucas Meyer and Michael Stettler, had decided to start their own business venture in August 2014. The idea was born following Marc’s internship at a large medical device company in Neuchâtel. Marc had to develop an effective system to sterilize surgical equipment ‘off-road’. The result was the portable SteriBox, the first of eventually nine prototypes which should take Marc and his team on an adventurous rollercoaster called ‘startup’.

Sterilization of surgical instruments using boiling water or steam goes back nearly 150 years. Yet, still today infections due to insufficient hygiene in hospitals and lacking sterility of surgical instruments can cause many deaths, especially in regions that lack proper health infrastructure due to economic and political reasons, warfare or natural disaster. Marc and his team envisioned a cost-efficient solution that would help alleviate some of this burden by offering a medical equipment that can be easily transported to remote areas and provide safe and reliable sterilization even in case of electricity and water shortages.

Marc introduced himself with a well-polished presentation showcasing the equipment with all its technical intricacies, a business plan indicating projected revenues and profits for the next five years, brochures and, most importantly, a candid and open demeanor suggesting that he trusted us. He answered any of our many questions very patiently. But what was it that he needed from us?

Obviously, the startup had come a long way since its first prototype. Field trips to Indian hospitals were especially important to focus the product design towards its envisioned end application. Without a clear understanding of the end user needs, the product would end up in limbo, a place where failure is almost certain. In 2016, the startup successfully raised CHF 500.000 from Swiss investors and also had solid financial prospects moving forward. Further backed by two pending patent applications, an ongoing process for CE marking approval, and a reasonable manufacturing plan, SteriLux targeted product launch by end 2017. The laundry list of things to do was exhaustive and failure was lurking around every corner. It takes a particular mindset to see through the fog and avoid derailment under such circumstances.

Marc’s mandate for the IMD team was clear from the onset. He needed our help to identify potential customers and develop an actionable communication plan to effectively reach out to and engage new customers within the next six months. Eager to get started, we organized a visit to SteriLux at Y-PARK, a technology park in Yverdon-les-Bains, where Marc’s demonstration of the SteriLux equipment was impressive. Here, we could clearly see his passion shine through.

The SteriLux technology employs UV light to convert water into ozone, which destroys even the most resistant microorganisms and thus renders surgical instruments sterile. The system is portable and requires considerably less energy, water, and consumables compared to alternative sterilization methods. It can moreover operate on one battery charging for up to 100 cycles, which can save lives in case of power outages.

We burned the midnight oil (and plenty of tangerines and bananas) leveraging our own network and that of IMD faculty to reach out to potential customers in different time zones. While not without considerable risk and uncertainty especially for a small startup, our final analysis suggested that Kenya is a promising first market to enter. Our research also led us to a Belgian organization for emergency and disaster relive operations, which was very interested to test the SteriLux system and assess its potential for future use in field hospitals.

Coming back to the initial question: What does it take to convince some of us to spend the largest part of our waking life and endless sleepless hours on an idea or project? We believe that a strong force is the sense of being in the driver’s seat, of being able to advance one’s own idea from nothing to something in a relatively short period of time. It has been an exciting and insightful joyride embarking on the SteriLux rollercoaster and joining this exciting startup for a few weeks. We wish Marc and his team a lot of success and hope that our findings and tools will help them speed up pace over the next six months.

This is a great time when many start-ups allow people to survive and make the world better!