According to a popular saying, Shanghai not only never sleeps but is also the cultural sea into which all rivers run. 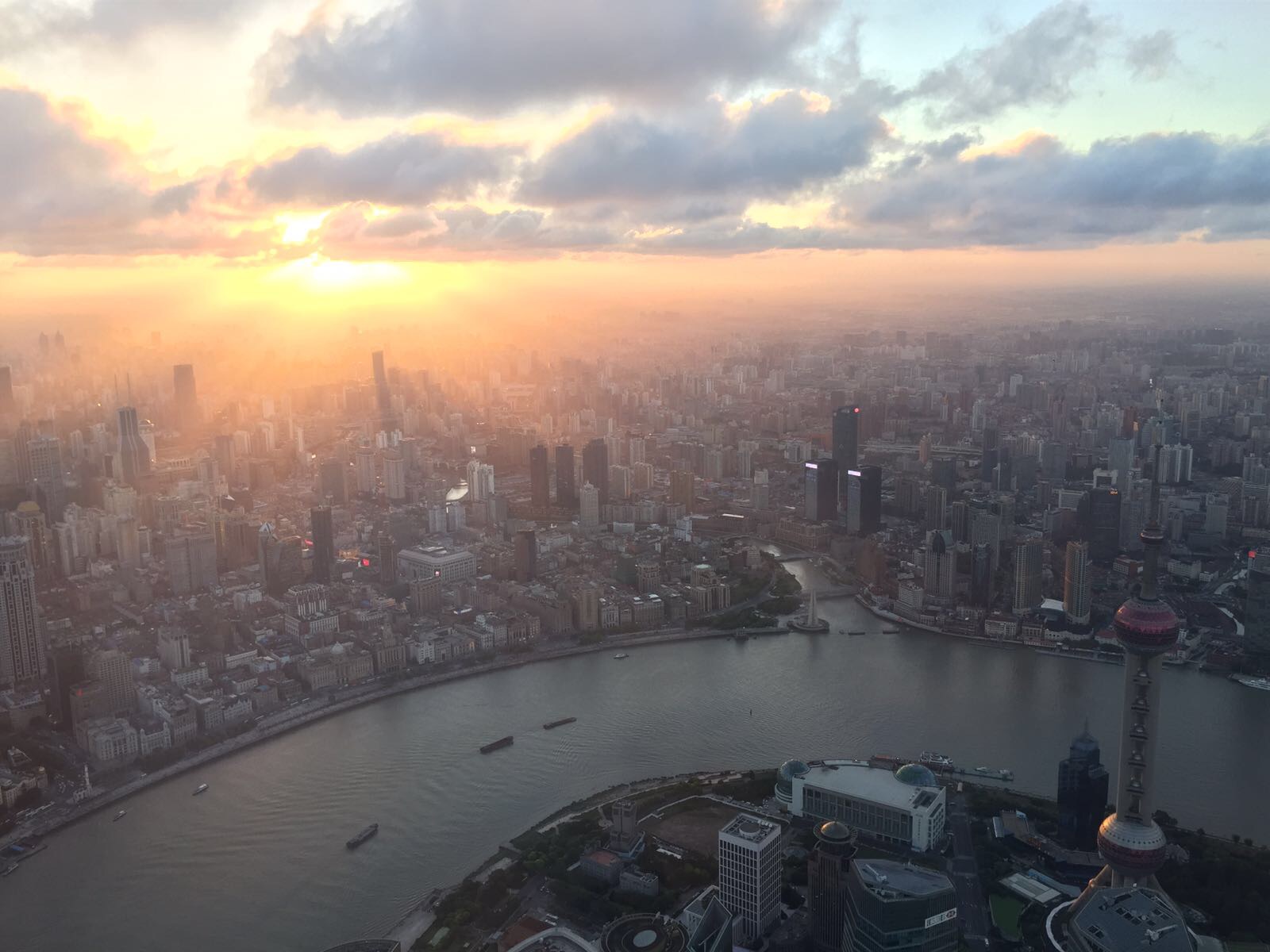 Cities and the lives unfolding in them are the product of human thinking. Whether by design or through unintended consequences, within cities, all that surrounds us is the result of human action.

Although affected by societal shortcomings, scarred and magnified by the passage of time, complexified by cultural changes and ideals from one generation to another, the urban centres we live in remain tangible manifestations of our collective and individual imagination.

Some cities clearly evolve faster than others. Shanghai is one of those. Fuelled by China’s rapidly growing economy and massive migration, the “Nevernight City” witnessed a 50% increase in the population of its total administrative area between 2000 and 2017, jumping from 16.4 million to 24.2 million. According to researchers and government officials, the metropolis will have a population of over 50 million by 2050.

Greatly shaped by influxes of Chinese refugees seeking shelter in the foreign settlements during the turmoil caused by the Small Sword Society in the 1850s, Shanghai’s ascension to a truly globalized city started long ago. As time passed by and individuals from East and West continuously poured into each other’s dreams and aspirations, the Shanghainese turned more and more into what influential Chinese writer Eileen Chang characterized in the late 1940s as “clever and sophisticated people, good at flattery and chicanery but not to excess. Shanghai people are distilled from traditional Chinese people under the pressure of modern life; they are the product of a deformed mix of old and new culture. The result may not be healthy, but in it there is also a curious wisdom.” (Eileen Chang, The Joy of Apartment Living – Gongyu shenghuo jiqu).

Every time I returned to Shanghai after a first summer stay as a language student at Jiao Tong University, I got intoxicated by the energy and creativity of the city. Nothing has changed: today’s Shanghai is – more than ever – a place that seems to defy conventional thinking, spurred by an all defying economic growth of around seven percent over the past few years.

Spending a day along the Bund, at the shiny new headquarter of Fosun Property where we met and had presentations – among others – by Mr. Wang, Executive Director at Fosun Property, and Mr. Yong, President of the IMD Alumni Club Shanghai and CEO of China’s largest private equity growth fund, marked the start of our Shanghai experience. We discussed the challenges of due diligence in China, moved into topics relating to the TMT sector and addressed concerns of NGOs in the country. 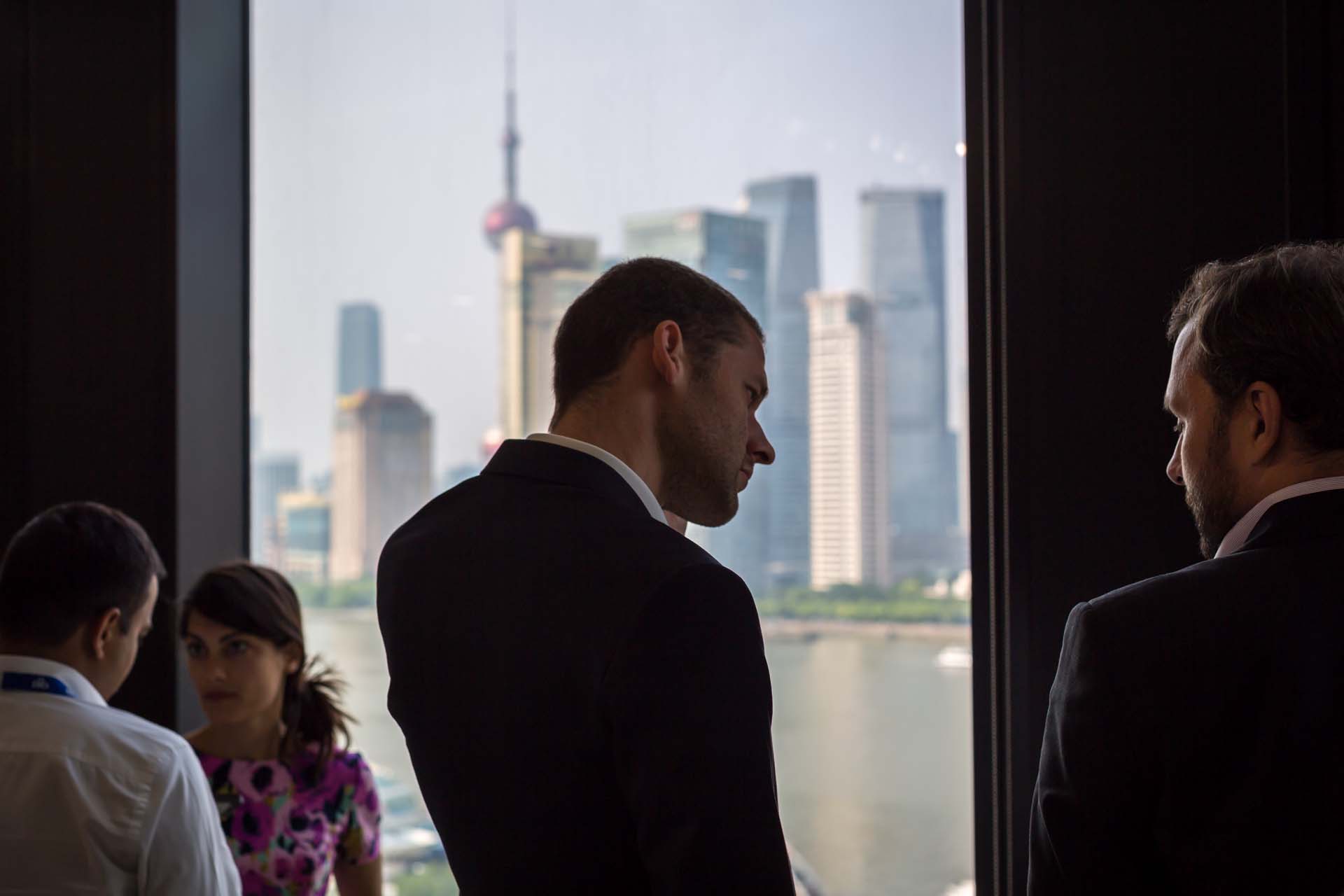 This was followed by a day of visits and encounters at the PwC Shanghai Innovation Centre where we were welcomed by top level executives and openly exchanged on issues relating to press freedom as well as the trends driving China’s economy in years to come. 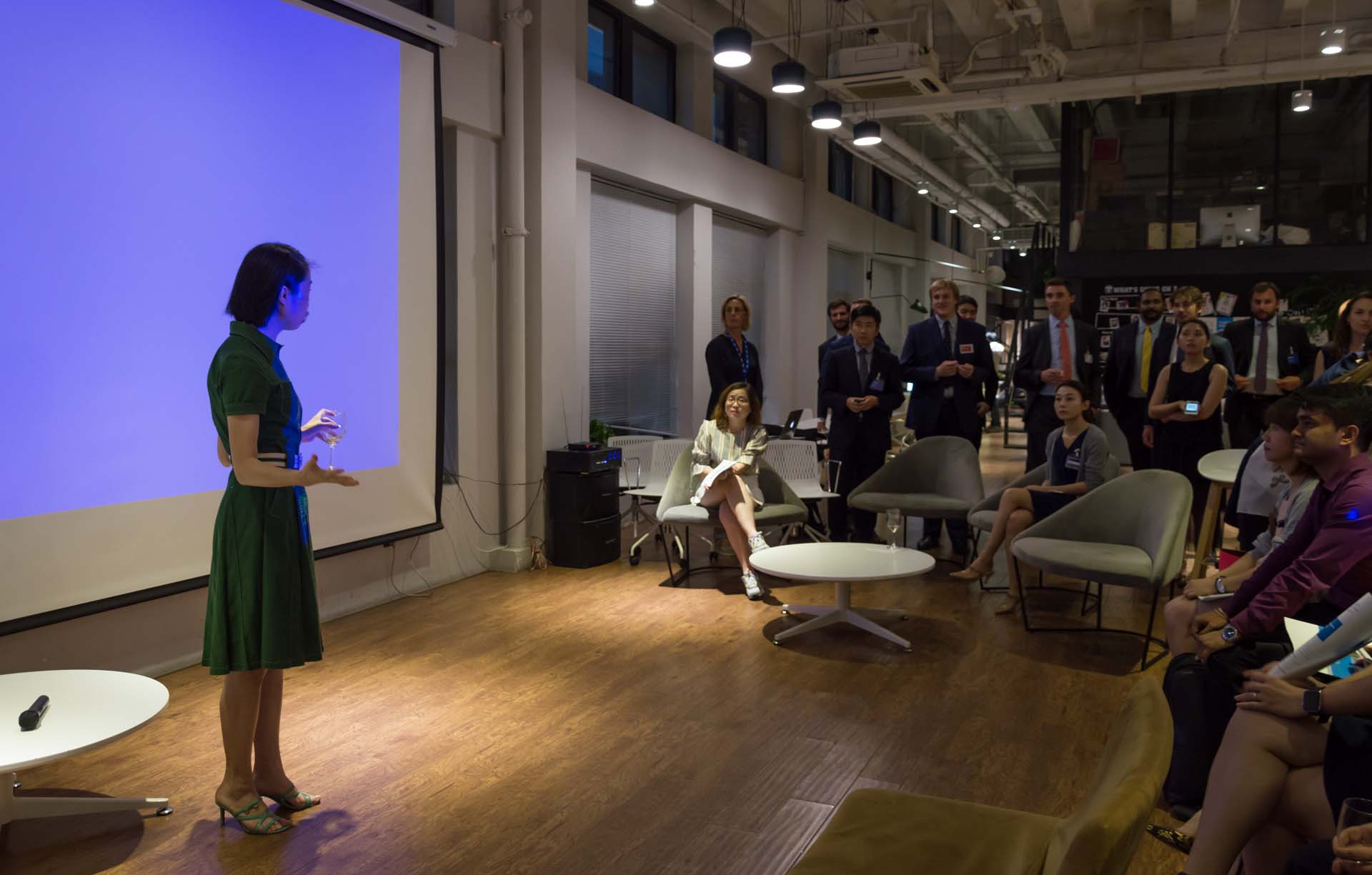 Our encounters with Grace Lin Xu, the highly energetic CEO of Viva Nutrition and internet sensation on all matters pertaining to holistic health, as well as with Emma Wang, partner at Noah Wealth Management, stand out; these two ladies remarkably exemplified what Shanghainese business women can accomplish. We also presented our insights from Navigating the Future conferences on Food Security – a topic that constantly remains in the minds of many Chinese – as well as on social and economic issues in the MENA region, drawing parallels to some of the challenges currently faced by China.

As I start to draft my ideas for this post in the bus to Pudong International Airport, I wonder about how much more the speed at which Shanghai is evolving can further increase; the city seems to irresistibly buzz forward, as if trying to conquer the future. That is, unless the next generation of dreamers fuelling the ideas for the city’s tangible transformation decides to slow down.

For now, the end of the journey is nowhere in sight.

Shanghai keeps on translating its imagination into a very tangible reality.