Learning to be more global, authentic and feminine

Today’s guest entry is written by one of our MBA partners, Vatsala Ghildiyal

I came to Lausanne a little unsure of what I would be doing with the year ahead. After a two month long vacation, I sauntered into Switzerland only in mid-February, and with absolutely no plans. Well thank heavens IMD was more proactive than I was and quickly got me in touch with WIN, Women’s International Networking. WIN is a Lausanne-based organization that conducts Women’s leadership and networking conferences and training events. The biggest WIN event is the Global Conference, this year held in Rome, along with smaller regional Conferences in India, Japan and Nigeria.

The WIN office is just a twelve minute walk uphill from the Ouchy metro station, or a three minute ride in the train. I, of course, greatly enjoyed  the walk back home, downhill, along the flower strewn pathways and where I would regularly stop to stare, awestruck, at the blossoming beauties. Oh the Magnolias, the Hydrangeas, the Ginko Biloba and the Maple trees. I also discovered how beautiful weeds can be and I loved it that they were not razed down and were allowed to exist, in all their glorious wildness, right next to the other flowers. Once, I even saw a hedgehog slowly  crossing my path. It  stopped for a bit, turned it’s little head  towards me, posed, while I furiously clicked pictures, and then slowly disappeared into the bushes. Oh, and did I mention the Alps and Lake Geneva that stood majestically in the background?

I was not actively searching for beauty, yet I continued discovering it. The next place was the WIN office and it’s magnified version at the global conference. I had never before seen such a group of powerful, feminine, beautiful, courageous and intelligent women, who were not afraid to empower one another and lead the way. Along with so many others, these women inspired and empowered me as well, and made me a forum speaker at the conference where I shared my experiences working with women in rural India. Then off they went, doing their business as usual.

Of course, the build up to the conference required putting in some extra hard work, and being a part of the office itself required one to embrace a very strong feminine approach and being sensitive to a wide range of sensibilities. The WIN team alone constituted of a Norwegian, South-African, Mexican, Chinese-German, Indian, Argentinian, Italian and Bulgarian. Whew! Yes, that is how diverse it was. For me, however, that was where the magic was. There were always passionate discussions about spirituality, culture, politics, make-up and fashion. It was a space that felt secure, and where one felt heard, seen and understood.

Winnie the Pooh once said, ‘How lucky I am to have something that makes saying goodbye so hard‘. Echoes my thoughts exactly 🙂 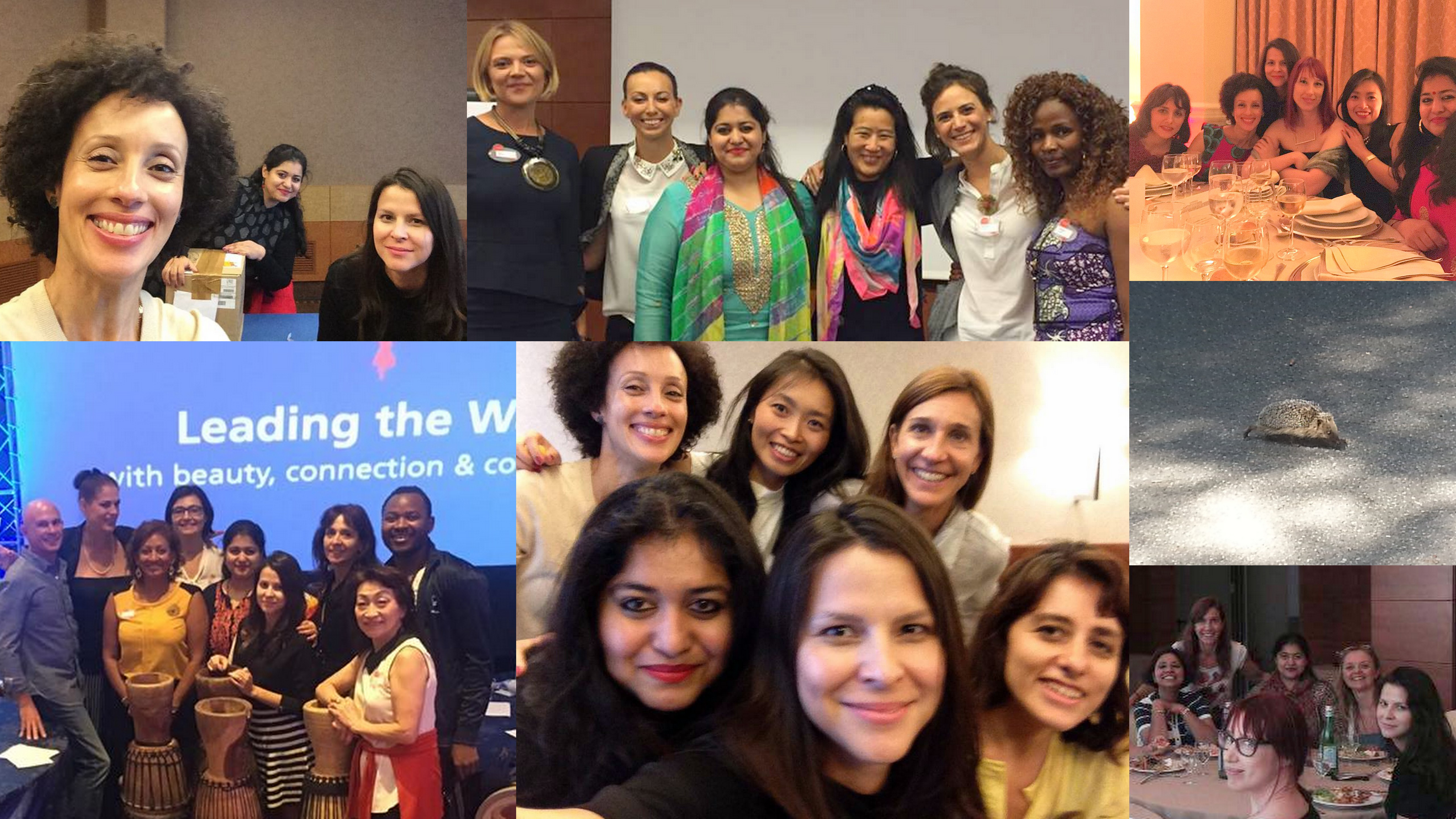 Vatsala- She possesses the art of describing nature’s beauty, in words. She is my daughter in law.